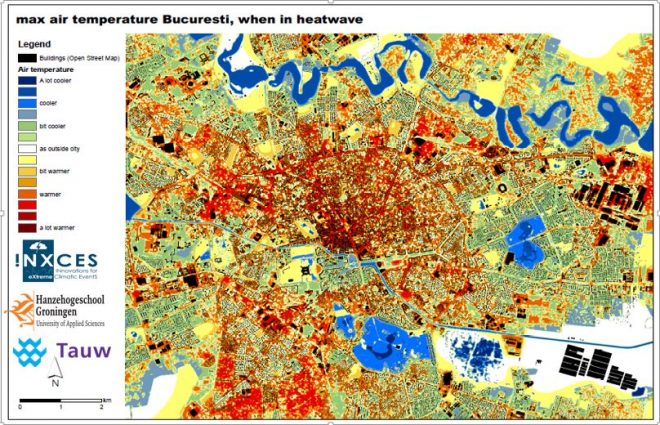 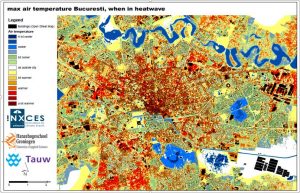 Quick-scan GIS-based thermal stress maps have been developed in The Netherlands in order to give a quick insight in possible thermal stress locations in a city. It is based on
accurate DEM and the assumption that for a quick insight of thermal stress some rough simplifications of the actual physical processes can be made. The maps give an estimate of
the maximum PET (physiological equivalent temperature) during a heat wave. Within the INXCES project a heatstress-map is also created for the municipality of Groningen (The Netherlands) with a 3D visualisation. The heatstress-map for Bucharest was more challenging since less (accurate) data is available. Therefor verification of the map is important. The validation of the maps will be done during the 25th wetskill event in Romania (may 2017).